In the voice of Professor Farnsworth “Good news everybody”! I’ve finally left my old IT consulting job to finally go full time as cloud services manager with a good friend of mine at his company (shameless plus, however he does help keep the lights on for this site) after working with him on a project basis over the last 6 years.

One of the first things on my to-do list was automating the deployment of terminal server, otherwise knows as Remote Desktop Services now in Windows Server 2008 R2. The easy part of the task was building the VM in our VMWare cluster, performing the SYSPREP, and creating the template.

The objective is 4 fold:

END_OF_DOCUMENT_TOKEN_TO_BE_REPLACED 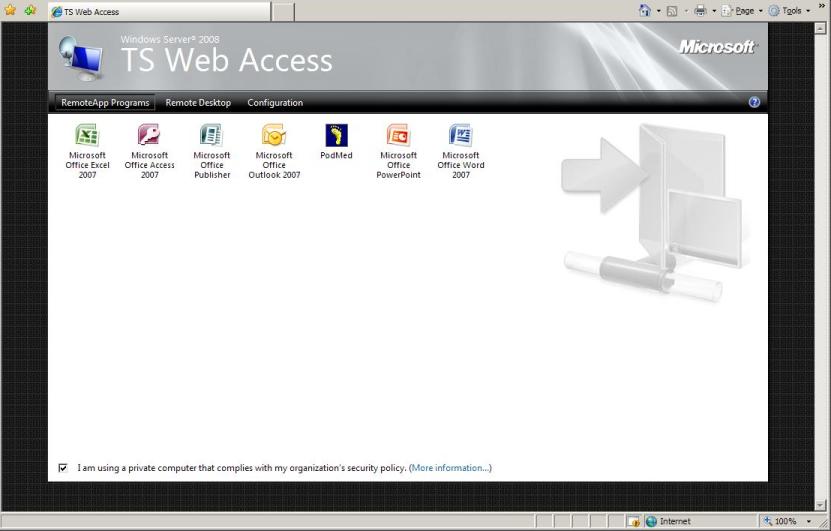 *** NOTE: You can avoid having to make any ugly hacks to your PC by simply upgrading to XP SP3 final. Get the download of the SP3 from the download page.

So after much dismay regarding Microsoft’s “lack” of support for WebApp on the xP OS, I set out on a quest to obtain as much information as possible on this solutions. After hearing about some people’s success in getting the RDP bits from XP SP3 RC2 to work, I upgraded my PC to this release and it STILL DID NOT WORK!

END_OF_DOCUMENT_TOKEN_TO_BE_REPLACED

The problem with using a printer that isn’t direcly connected to your computer via a traditional parallel port is the method of port emulation that Terminal Server (both on Windows servers and Windows workstation OSes, such as xP & Vista).

The following “trick” will fool the Terminal Server to see that you’re using a standard printing port for your printer, but using printer pooling to “load balance” the job. Printer pooling allows you use multiple ports for a single printer, and when one isn’t available, it goes to the next available one.

In the following example, say you have an HP LaserJet 4000 network printer. You are using a standard TCP/IP port to print to the device, whose IP address is 192.168.1.2. Since the terminal server cannot emulate these port types, having LPT2 checked will allow the terminal server to see this port and pass the job to the printer on your PC, yet the TCP/IP takes over again and spits out the job. END_OF_DOCUMENT_TOKEN_TO_BE_REPLACED